This year’s Bolsover District Annual Sports Awards took place on Friday 6th October at Sports Direct in Shirebrook. Each year H W Martin Waste Ltd sponsors one of the Award categories and for 2017 the company backed the Community Club of the Year Award.

The Community Club of the Year Award went to Whitwell Cricket Club. The Club is a high-achieving organisation and in 2017 the first team was promoted from Bassetlaw League 1st Division up to Championship. At the same time the second team became league champions of Division 4 for the second time in three seasons. Honours were also given to Club member Craig Sadler with a Lifetime Achievement Award for his 45 years as an active fundraiser, committee member and hands-on contributor to the Club’s success.

Whitwell Cricket Club was one of the first clubs to sign up to the English Cricket Board (ECB) 2017 All Stars Cricket programme. The ECB noted that the club’s programme was one of the most successful in the country with 35 attending of ages 5 to 8 years. The club’s squads comprise: 1st, 2nd, Ladies, Under-11s, Under-13s and Under-15s. 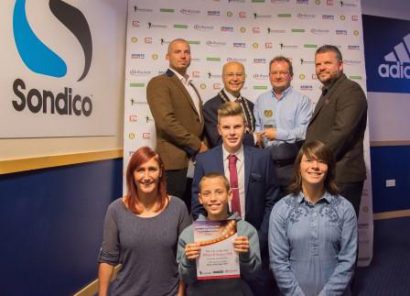 Presenting the Awards was Councillor and Council Chairman Tom Munro, who commented, “It was another fantastic night that enabled us to honour the many people and clubs who make such an outstanding contribution to sport. Without them we would not have the wide range of sporting talent we have across the district today. My congratulations go to not only the winners, but everyone who was nominated and takes part in sport.”

H W Martin Waste Ltd is proud to continue its support of the annual Awards and wishes all those sporting clubs and individuals across the district success in the year ahead.