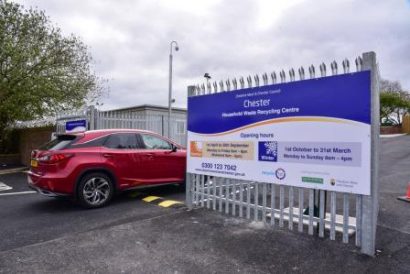 Last month saw the opening of a new household waste recycling centre (HWRC) in Chester. The new Chester HWRC has been created to replace the tired and cramped site that residents had to use until now. It is expected that the new HWRC will eliminate the congestion issues previously experienced, providing a greater range of recycling and reduce the burgeoning waste costs faced by the council through the use of technology such as ANPR to aid enforcement.

The new Chester HWRC was the brainchild of joint discussions that began in 2015 between Cheshire West & Chester Council and waste recycling specialists H W Martin Waste Ltd, the company that runs all of the council’s HWRCs across west Cheshire. The old HWRC was part of a larger plot of land owned by the council, which included a derelict former waste tipping depot next-door to the HWRC. This dormant plot was larger than the old HWRC and was already split into two levels. It was agreed that this area should be renovated to create a new, larger HWRC. With the site of the old HWRC becoming vacant it was also decided to use that to create a commercial waste recycling centre for local businesses to use and a reuse shop supplying second-hand goods salvaged from the recycling centre.

The new HWRC was built in eight months at a cost of around £890,000, with H W Martin Waste giving the council £150,000 towards it. With the fabric of the site already in place (the split level and much of the hard-standing) it was a much lower-cost option for the council. It is estimated that finding an alternative piece of land and building an equivalent facility would have cost in the region of £4 million. 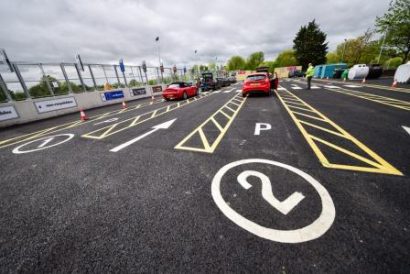 As well as footing a significant portion of the bill, H W Martin Waste was a key partner in the design process. With more than 20 years’ experience in managing and operating HWRCs the company knows how best to set out and equip these facilities to maximise recycling, minimise waste and provide an easy and pleasant experience for users. H W Martin Waste also provided the post-construction phase works, such as white lining, signs, HD CCTV cameras, ANPR and new waste containers. The company was also responsible for obtaining the operating Permit from the Environment Agency.

Improvements to the residents’ HWRC service from the new facility include a doubling of the parking spaces, meaning that queues will be much less likely even on the busiest days of the year. The layout also means users can park once and deposit all of the materials they have; this is a change for the better compared to the old site where containers were in two areas and users had to drive around the site twice.

Other improvements include having more containers for each type of material, increasing the list of materials recycled (for example hard plastics are now accepted for recycling), and much improved traffic management. All of these improvements combine to reduce the time residents have to spend on site and increase the potential for recycling. 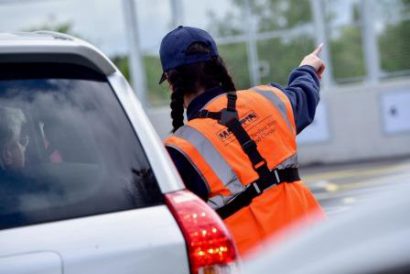 But it is not only the local residents who will benefit from the development – starting in late July local businesses will have an affordable facility to take their recyclable and waste materials. The site of the old HWRC has been refurbished to accommodate a trade waste facility on a “pay per throw” basis. This provides businesses with an affordable alternative to contracts with waste collection and skip companies, plus it enables the separation of much of this waste into recyclable materials and divert it away from landfill or incineration. H W Martin Waste is managing and operating the trade waste facility on behalf of the council.

Adam Smith, Operations Manager for H W Martin Waste Ltd, commented on the new HWRC, “We were really pleased to be able to work with Jody and the team at Cheshire West and Chester Council in designing the new HWRC. It means we could put things in place from the start that we know are best practice techniques, things like parallel parking lanes and how the site is 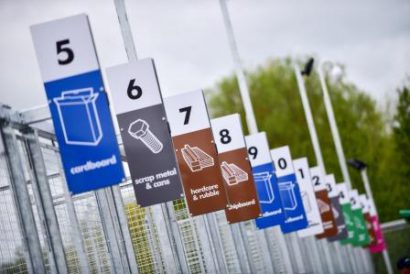 laid out in general. I am confident that the site will provide a more convenient option for residents to dispose of their unwanted materials whilst offering an increased range of recycling.”

H W Martin Waste Ltd has been operating the council’s HWRCs since February 2008 under a 10-year agreement. During this time the local authority reorganisation created the two Cheshire councils (Cheshire West and Chester Council and Cheshire East Council) and the agreement was split between the two. Both councils have taken up their options to extend the agreements and H W Martin Waste Ltd will be managing and operating the HWRCs for a further 5 years. 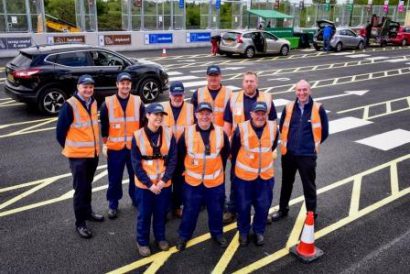