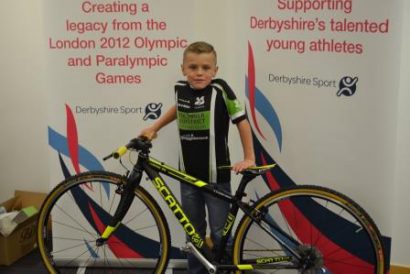 H W Martin Waste Ltd was once again a sponsor of the Bolsover and District Annual Sport Awards. This is the fourth year the company has been a category sponsor of the Awards.

The 2016 event was held on 14th October at Bolsover District Council’s headquarters in Clowne. H W Martin Waste Ltd sponsored the Junior Sportsperson Award, which this year was won by George Cooper for his achievements in cycling. Despite being just 8 years old, George has been competing strongly in the next category up – the Under 10s – in the West Midlands XC League, the West Midlands Cyclocross League, the Notts and Derby Cyclocross League and the British Schools National Mountain Bike Championships. This year George Cooper won the National Mountain Biking Under-9s title.

George has also been selected as one of only four recipients of a bursary from ICON, which was set up by Derbyshire Sport as part of work to create a lasting legacy from the London 2012 Olympics in Derbyshire. Each of the athletes receiving the bursary, a share of £500 of backing, is recognised as having the potential for further success. ICON-supported athletes in the past have gone on to compete in World Championships, the Olympics and Paralympics, including Olympian and Paralympian Adam Peaty and Lewis White.

Award-winner and ICON athlete George Cooper has his sights set on riding in the World Grand Tour and the Olympics. His Award was presented to him at the event by Councillor Ken Walker, Chairman of Bolsover District Council. 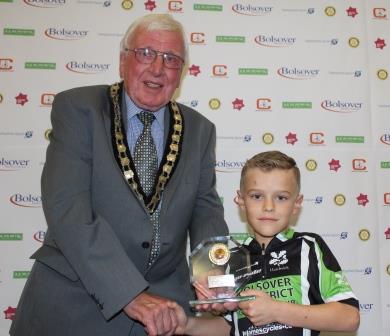 H W Martin Waste Ltd is proud to have played a part in recognising of the talents of this impressive youngster and has no doubt that George will play a big part in the future of British sport.